What is the Difference Between IoT & IoE?

What exactly are IoT and IoE?

In our current society, the internet is central to much of what we do. From posting photos on social media to expanding your business via online sales, connectivity is key. You might have heard the term IoT thrown about for quite some time, whilst IoE is a bit more recent and generally considered more ambiguous than IoT. However, before we can discuss what the difference is between IoT and IoE, let's firstly define the concepts.

IoT stands for Internet of Things and refers to physical objects that communicate with each other via internet connectivity. Implanted with chips and sensors, these 'smart' objects use the internet to share and gather data. 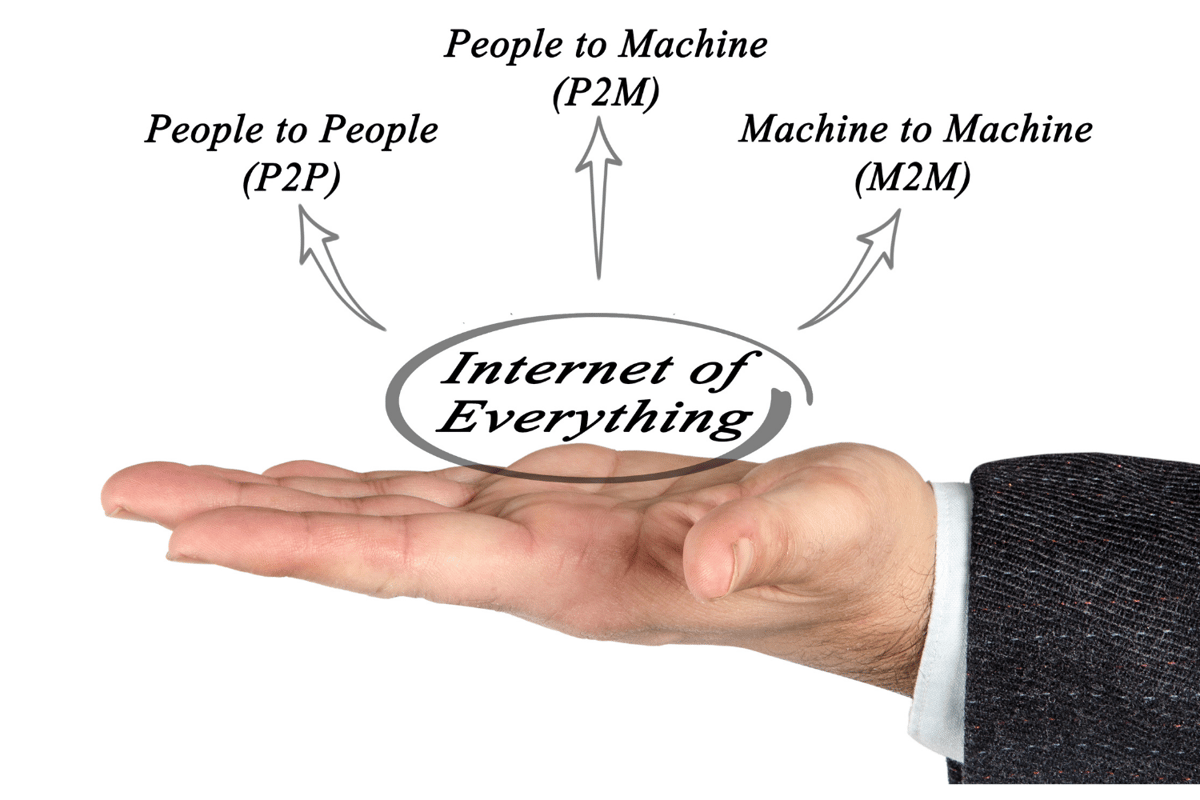 To establish the difference between IoT and IoE, and cement your understanding of the two concepts, it is helpful to look at how they operate in real life.

IoT devices are often referred to as 'smart' devices, and it's likely that you have a few dotted around your home already. A few examples include a smart home security system, that you can control via your mobile phone. Other common IoT devices include voice-controlled speakers, such as the Amazon Alexa or Google Home. IoT is also used for manufacturing purposes, known as Industrial Internet of Things, or IIoT, with chips and sensors being implanted in robots used in production lines or even aerospace technology.

In contrast, the IoE process is slightly more complex. using the four pillars to gather and analyse data to create a richer and greater experience of a product or service. One great example is the use of smart water and electricity metres. These can be installed by municipal systems for individuals and businesses to monitor usage rates and help make cost-cutting decisions. Some more straightforward examples include making a connection between roads and hospitals to make it easier to save lives, and care monitoring for the elderly.

The short answer is IoT. IoE expanded out of IoT into a superset, allowing information to transform into actions, supporting data-driven decision-making and the development of new capabilities and experiences. In contrast, IoT is all about the objects, and its main purpose is to create an ecosystem that connects these objects to one another, without the same level of human involvement.

Here's one similarity between the two: IoE and IoT have both completely changed the game for businesses, helping companies to analyse data that allows them to improve their customer service potential, create a more personalised and targeted service, improve company productivity and so much more. If you're interested in finding out more about how IoT and IoE can benefit your business or would like to discuss our range of IoT SIM cards, get in touch today by contacting us at sales@yourcommsgroup.com.

Which Cloud is Best for IoT?

Choosing which cloud is best for IoT

There are an abundance of IoT cloud platforms out there on the web, and we know...

IoT and 5G: why they need each other

The Internet of Things has come along in leaps and bounds in recent years, with...

What is IoT Device Management?

What is IoT device management? An explanation

IoT devices are one of the most cutting-edge and useful technological...